Technologies advance, connect, integrate and develop on the basis of the rules set, these basic principles that are followed by the system are called ‘Protocols’.

Ethereum ~ the first of the modified versions of Nakamoto’s consensus for blockchain has been running successfully through its Protocols. The invention of Vitalik Buterin, Ethereum has built a humongous platform for the development of dApps [Decentralized applications] and cryptocurrencies. As per research, the Ethereum blockchain is utilised by 77.74% of all ICO company projects.

Ethereum’s team has developed its protocols to build its network, upgrade the incentivization system for its miners and to bring in solutions for its scalability issues.

This is a list of protocols, which have played as the most integral parts of Ethereum’s ecosystem.

“Scalability is this idea of coming up with a blockchain that can scale much larger than existing chains essentially by processing transactions in parallel. And moving away from this paradigm where every single node on the network has to process every single transaction.”

In the present Ethereum blockchain protocol each node stores all the types of data and processes all the transactions directed to the system. This provides maximum security but at the same time creates limitations for scalability. The limitations curb the ability of the computing process of Ethereum’s blockchain to process a wider range of transactions.

A blockchain as a whole does not process more transactions than a single node, this creates a situation where the entire blockchain is limited by the capabilities of a single node.

To untangle the limitations of scalability and increase the efficiency of the blockchain as a whole, Ethereum introduced ‘Sharding’.

Sharding is a smarter approach towards the scalability of the Ethereum blockchain. Sharding as the name goes, splits the entire state of network into a bunch of different units referred to as “shards”.

These shards contain their own independent piece of state and transactions. The system consists of certain nodes that process specific transactions, as in each node will perform transactional procedures of the transactions on the allotted shard. This accelerates the total number of transactions processed, as many nodes work on various transactions, simultaneously.

In May ‘18, Buterin gave an insight of Ethereum’s approach to sharding, on Reddit. He wrote. “The primary goal is massive scalability improvement,” he further commented explaining that each one of the shards will have as high capacity than the current existing Ethereum chain or possibly more. To explain the numerical limit of shardings implied on the blockchain Buterin said:

“The limit is basically that every node will have to verify the block headers of all the shards, and a node’s capacity to do this is bounded above by their computational capabilities.”

The internet is flooded with counterviews of sharding and how Ethereum is planning on to scale in rather scale out. While different nodes work on different transactions and shards to increase the efficiency of the blockchain, they even open doors for centralization of the framework.

Whisper Protocol is a system that gives all of its users, hash-based identities, privacy assurances, encrypted messages, cryptographic guarantees about senders, and messages with a specific readable timeline. Whisper enables peer-to-peer communications between nodes running on the Ethereum blockchain under the governance of Wire Protocol.

Decentralized connected nodes are designed to commemorate the Whisper network. To establish Whisper, a node finds similar peers in the network using the ÐΞVp2p protocol.

ÐΞVp2p plays a vital role in the technology of the Ethereum network. Ethereum is powered by the secure networking of ÐΞVp2p, that defines a set of networking and P2P [peer-to-peer] protocols. ÐΞVp2p is one of the fastest networks of Ethereum that bolsters its ecosystem as a whole.

Whisper Wire protocol is designed to provide the functionality of modular privacy and anonymity, as well as guarantees security of a users’ identity. When required the protocol allows its users to opt-in or out of privacy features and uses the infrastructure of the Ethereum network for the same.

As mentioned on Ethereum’s ÐΞVp2p Whisper Wire Protocol Github page, upon the connection laid between both the parties, a “Hello” message needs to be sent which will further verify the compatibility of the network and the upgraded versions.

Due to the completed verification the system runs active and allows more messages to be exchanged between the parties and at any given point, the parties can disconnect the connection and stop the exchange of messages.

Let’s first understand what ‘Light Client’ means, how it works and what role it plays for Ethereum.

Light client in technical terms refers to the software that connects to nodes for interaction purposes. This connection is carried on the blockchain by using nodes as middle-men. Light clients are light nodes and are not as dependable as full nodes who contribute 24/7 to the blockchain. As light clients do not have a direct interactive relationship with the blockchain, the full nodes take in charge of processing the data for both.

Embedded smart property environments or mobile phones, browser extensions etc., maintain high security through the guidance of the light client protocol. Although maximum security can only be achieved through a fully-fledged node, the light protocol allows systems running about 1KB data/ 2 Minutes to attain data from the network regarding the aspects of the state of the network that concerns them particularly.

Light Client Protocol monitors over the data and checks if the majority of the miners are following the protocol correctly including the presence of at least one “honest” verifying node existing in the system.

A light client needs to download the block headers of the blockchain as the headers contain a set of information known as the “Merkle Tree root”.

For those who are acquainted with Ethereum’s network properties, Merkle Tree root might not be an unfamiliar term, and for the ones who aren’t, here’s a description.

Now, as we know the Merkle tree root is a chunk of all the account balances, smart contracts and informative data stored on the blockchain. In some cases, a light node needs to request a full node for information regarding specific accounts. As the light node is well-versed with the light client may need to request information from full nodes such as the balance of a specific account. Knowing the fingerprints for each block, a light client can verify whether the answer given by the full node matches with the fingerprint it has. This is a powerful tool to prove the authenticity of information without knowing it beforehand.

The growing competition amongst the leading digital asset firms helps the advancement in the improvement of new protocols. Ethereum is likewise utilized as a protocol for decentralized applications, smart contracts and decentralized self-governing associations or DAOs, with various functioning applications developed on it.

If you want to know about a specific lesser-known protocol of Ethereum, feel free to drop a mail at [email protected] and we will add it to the list! 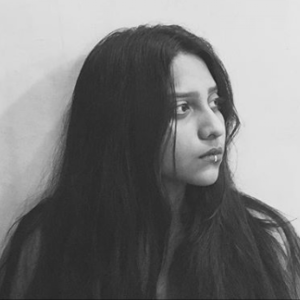 Simran Alphonso is a Technical Content Specialist at Koinex and an Editor at TheFirstBlock. She has a background in Financial Markets and holds expertise in Journalism. She came across Bitcoin back in 2014.
All Posts

Bitcoin [BTC] ETF approval – what’s all the fuss about?

Will Bitcoin rise again? Or has the bubble burst?