A layman’s guide to Stellar

Stellar is both a payments network and a platform for hosting ICOs. It was founded in 2014 and has its own cryptocurrency known as Lumen(XLM). The focus of the distributed payments network is to enable faster and cheaper cross-border remittances. In this segment, we will go in-depth and discuss how stellar works, how is it different from Ripple and what enabled Lumens to become one amongst the top 10 cryptocurrencies in the world by market cap.

What is the Stellar Network?

Like RippleNet, the key focus of the Stellar network is to enable faster, cheaper cross border transactions that happen in real-time. According to the Stellar Whitepaper, the network allows you to “move money across borders quickly, reliably, and for fractions of a penny.”

However, this is not the only use of this network. It also supports hosting of ICOs. TillBilly, Smartlands and Ternio are some projects that are currently running on the network.

XLM is the native cryptocurrency for the Stellar network. 100 billion Lumens(formerly known as Stellars) were issued when the network was launched. Every year, the inflation rate was set to 1% of the total coins in circulation.

Lumens are used for the following purposes:

How is XLM distributed?

The Stellar Development Foundation, also known as stellar.org, is a non-profit corporation that is responsible for the distribution of the coin. They make sure that 95% of the existing Lumens are available to the world. Rest 5% is used to fund the foundation in their journey of promoting access to financial services, increasing financial literacy and inclusion by improving access to low-cost financial services, worldwide.

95% of the coins were distributed in the following way:

Stellar is co-founded by Jed McCaleb and Joyce Kim. McCaleb is credited with the creation of bitcoin exchange Mt. Gox and the eDonkey file sharing network. He is also the co-founder of the Ripple, which he left after a difference in opinion with his founding team. Other key personalities on the Stellar team include chief scientist David Mazières, a professor of computer science at Stanford University, and CTO Nicolas Barry.

What are the key differences between Stellar and Ripple?

Before we talk about the differences between the two platforms, let us cover the key similarities:

As you can see, the technology behind the two platforms is very similar, however, there are other fundamental differences that make them distinct. Here are a few key dissimilarities:

How does Stellar network work?

The Stellar network has different servers that are running the Stellar core software. Each server is maintained by different organizations/people. Unlike Bitcoin, it doesn’t rely on miners to achieve consensus, instead, it uses a protocol known as “Stellar consensus protocol” to achieve the same. According to the Stellar whitepaper, it’s the “first provably safe consensus mechanism that simultaneously enjoys four key properties: decentralised control, low latency, flexible trust and asymptotic security.”

Before users can interact with the Stellar network, they need to create an account which will consist of a public key and a secret seed. Public key cryptography is used to secure these accounts.

After the creation of the account, the next step is to upload funds to the anchor. Anchors are trusted entities in the network that users trust to hold their funds and issue virtual credit to the Stellar network. These anchors act as a bridge between fiat currencies and the network. Banks, remittance networks, savings institution are mostly appointed as the anchors.

This also enables transfers between two entities dealing with different fiat currencies. Let’s take an example where Bank ‘A’ is the payments bank whereas Bank ‘B’ is the receiving bank. Bank ‘A’ is dealing with USD, while Bank ‘B’ wants EUR.

If in the orderbook, there is no direct route to convert the necessary USD to EUR, a multi-currency exchange takes place in the following manner:

This ensures that all the transactions are instantaneous and take seconds to complete irrespective of the presence/absence of a direct path for conversion.

XLM can be also used as an intermediary currency for the conversion. First, the USD is converted to XLM and then the system tries to find an order that is trying to buy XLM for EUR to convert the transaction.

Stellar as a platform for ICOs

Here are some of the key reasons for using Stellar as a platform for an ICO:

Tokenization is a continuous process. Literally, thousands of tokens are released every year. To trade in those tokens, they need to be listed on some exchange, however, now, with the use of Stellar’s decentralized exchange, users can buy or sell any token that is created on the Stellar network.

While Stellar doesn’t offer the same security that is offered by the Turing-complete smart contracts in Ethereum, however, it does prove to be a simpler option for applications that don’t need the full generality of the contracts in question. Moreover, the fact that the tokens that are associated with malicious transactions can be frozen by the issuing authority also provides greater security than depending on the validators for making the final judgement on the nature of the transaction.

Stellar provides the option of creating tailor-made ICOs, providing base abstractions such as accounts, tokens, payments, etc. These abstractions can be combined by the users in whichever way that is best suited for their project.

In 2018, the company had a total of 37 partners. Some key names in the list are IBM and Tempo. The foundation has formed key partnerships is almost all the key continents of the world.

The Stellar project presents some very interesting prospects. It is attracting a lot of attention in the cryptosphere. While it does face stiff competition from Ripple, it has a wide range of use cases and offers several impressive features. The partnership with IBM and other key organizations and the fact that it is now the first distributed ledger protocol to obtain Sharia compliance certification could be a promise for a brighter future. 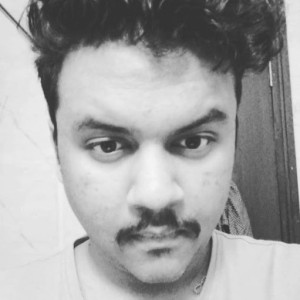 Raunak is a Technical Content Specialist at Koinex and an Editor at The First Block. He is also the Executive Producer of TFB Podcast. He has a background in Engineering and holds expertise in Journalism. In his free time, he can be found geeking out and raving about new technological innovations.
All Posts

Bitcoin [BTC] ETF approval – what’s all the fuss about?

The scope of Smart Contracts and their applications in various industries

How Women in Blockchain are breaking the norms!